Which metros were the most popular for relocation in the US in 2022?

Affordable homes and sunshine are two fundamental factors in choosing a place for relocation in the US. So much so that nearly all the top 10 places to move to form part of the Sun Belt, 8 have cheaper homes and 7 have no state income tax. It’s therefore no surprise to find that Florida metros dominate the listing. Yet again.

Sun Belt top for relocation in the US

The latest statistics from the property portal Redfin reveal that warm weather and sunshine form one of the top priorities for US residents looking to move. Figures for late 2022 show that all the most popular metros lie in the Sun Belt.

Of them, two are in California, five are in Florida and the others in Arizona, Nevada and Texas. Sacramento and Las Vegas rank as the two most sought-after metros for relocation in the US, with the Florida metros of Miami and Tampa in third and fourth places, respectively.

Financial circumstances also enter the equation for would-be homebuyers. In 8 of the top 10 destinations, property is more affordable than the homebuyers’ original metro. For example, residents in New York, with one of the country’s most expensive real estate markets, were mostly interested in moving to Miami.

Despite higher property prices in Florida, the state continues to offer cheaper housing than many other parts of the US. According to the latest Florida market analysis, this situation is expected to continue during 2023.

Low taxes are another consideration for those relocating. Unsurprisingly, 7 of the top 10 most popular spots to move to are in states with zero state income tax. Florida is one example.

Relocation more popular than ever

Despite rising mortgage rates and a slower property market, more Americans are looking to relocate than ever. The Redfin report found that 24.1% of homebuyers searched in a different metro in the three months to November.

The figure is on par with the number in summer and up almost 6% compared to late 2019. Redfin attributes the continued surge in relocation to remote workers relocating to more affordable parts of the country.

The hottest real estate markets in the US in 2023

Trends in the Brazil property market in 2023 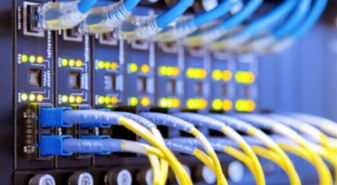 Emerging global hub in Ceará for tech and connectivity