As travel restrictions lift almost completely, international tourism returns to Brazil. The country welcomed over 1 million visitors from abroad in the first five months of this year, figures on a par with those registered prior to the pandemic. As a result, the Brazilian Tourist Board is confident that international tourism will return to pre-2020 levels by the end of this year.

The latest statistics from Embratur, the Brazilian Tourist Board, indicate that international tourism has returned to Brazil at pre-pandemic levels. The country welcomed 962,000 foreign tourists between January and April, a figure that is 60% higher than the same period in 2021.

May also registered excellent data with 129,700 international visitors. These arrivals take the total to well over 1 million, prompting optimism in the sector.

“In just five months, we’ve doubled the number of foreign tourists in the whole of 2021,” said Silvio Nascimento, President of Embratur. “We’re therefore confident that international tourism will be back at 2019 levels as soon as possible.”

The statistics for January to May visitor figures also lead Embratur to believe that this year, Brazil will welcome over 4 million tourists from abroad. If this forecast is fulfilled, international tourism in Brazil will be back at numbers last seen in 2019.

In some parts of the country, the tourist sector has already returned to pre-pandemic levels. For example, this is the case in Ceará where visitor figures for July were similar to those seen in high season earlier this year.

In its bid to get back on track to 2019 levels, Embratur is carrying out an intense promotional campaign this year. The Tourist Board has already presented Brazil’s attractions in the US, Canada, Argentina and Chile, with dedicated road shows.

Tourists in Argentina and Chile are also key focuses for sun and beach tourism, along with Paraguay and Uruguay. To this end, Embratur has several campaigns underway in these countries, promoting coastal destinations in Brazil.

In the almost total absence of international tourism in Brazil over the last two years, staycations have been the stalwart of the industry. Brazilian holidaymakers have rediscovered their own country and formed the backbone of visitor figures, particularly in coastal destinations.

The remainder of 2022 promises to be no different and some analysts believe that staycations will strengthen further this year. They point to rising inflation that has pushed up the price of foreign holidays, making staying within Brazil a more viable option for many families. In addition, the strong dollar has made going abroad more expensive for Brazilians.

With the continued consolidation of staycations and the ever-increasing number of foreign visitors, tourism in Brazil looks set to fulfil the optimistic expectations in the sector. 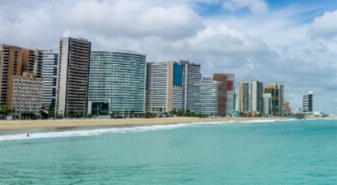