The latest statistics for tourism in Brazil have brought good news to the country’s travel sector, particularly in Ceará. The state saw the highest growth in tourism activity with its increase almost double the national average. More good news arrived with passenger figures that have now surpassed pre-pandemic levels in Brazil.

Data from the Brazilian Institute of Statistics (IBGE) revealed that tourism activity in Ceará rose by 135.8% in April. The state registered the highest uptick in the country, followed by Minas Gerais (up 132.7%) and Espiritu Santo (up 123.3%).

April’s figure comes hot on the heels of the increase in March when activity in the tourist sector in Ceará went up by 109.6%.

Ceará’s April increase was considerably higher than the national average. Tourism in Brazil rose by 85.9%, indicating that travel in Brazil is gradually returning.

“These figures reflect the continual promotional work of Ceará as a destination in our priority markets, both at national and international levels,” said Arialdo Pinho, Secretary of Tourism in Ceará.

He also underlined the exchange rate as a determining factor in tourism growth. “The high dollar is an attractive incentive for foreign tourists,” he said.

Passenger traffic back to pre-pandemic figures

Air travel is currently one of the most buoyant sectors of the travel industry in Brazil and this year has performed well. According to the latest IBGE research, passenger numbers rose by 27.7% between November 2021 and April this year.

April’s figures stand out in particular. Passenger traffic in this month was 0.1% higher than in February 2020, showing that air travel is now above pre-pandemic levels for the first time in well over 24 months.

For its part, Fortaleza Airport has shown particularly solid growth so far this year. Passenger traffic grew by 94% in the first four months to reach a total of over 1.86 million travellers. All other airports in Ceará saw similar growth as tourism in the state returns to pre-pandemic levels.

Great expectations for the rest of 2022

The Ceará travel sector is highly optimistic about figures for the remainder of the year. “There’s huge pent-up demand and many people are desperate to travel,” explained Regis Medeiros, President of the Ceará branch of the Brazilian Hotel Industry Association, ABIH-CE.

She believes that this demand will fully emerge from July onwards. “We then go into the season for wind and sun in Ceará,” she said, “and we expect to see a big influx of kitesurfing tourism, particularly on the coast.”

The northwest coast of Ceará is a hotspot for kitesurfing in the state and the season recently opened at Trairi with the first stage of the Brazilian Kite Wave and Big Air Circuit. The kitesurf event coincided with the opening of the newest kitesurf centre in Ceará, Ocean Kite Club at The Coral Resort. 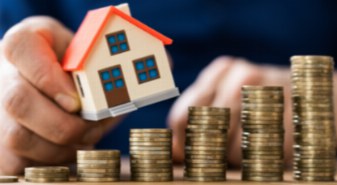