The world stage currently contains some serious challenges on the political and economic fronts, and their effects appear to be marking prime real estate prices. As a result, the latest quarterly report from Knight Frank shows a slowdown in price increases. However, the upward trend remains higher than the 5-year average, and some cities such as Dubai, Miami and Tokyo continue to register double-digit growth.

Slowdown but still above average

The Prime Global Cities Index Q3 2022 reports that prices for high-end real estate experienced a downshift for the second consecutive quarter. Between July and September, prime property prices increased by 7.5% in the 45 cities in the report. The uptick contrasts with the 10% registered in Q1 this year.

However, Knight Frank points out that, despite the lower growth, luxury homes are still experiencing above-average price increases. Over the last five years, this type of real estate has seen price upticks of around 4.4% a year.

The report also finds that the world’s hottest markets during the pandemic are now cooling down. A total of 19 cities saw price drops in Q3 this year, compared with just 7 in Q1.

Cities that are particularly hard hit include San Francisco, Toronto, Wellington, Stockholm and Seoul. These recent stellar performers now register the most significant price drops on the table. For example, prime property prices in Wellington plummeted 18% in the year to Q3, while those in Stockholm fell by 12.5% between March and September.

At the other end of the scale, some cities continue to house some of the world’s most sought-after real estate. At the top of the table sits Dubai, the destination with the highest price hikes in annual, bi-annual and quarterly terms. For instance, the UAE’s most populated city saw 88.8% yearly growth, 49.9% between March and September and 29.3% in Q3.

Miami, Tokyo, Los Angeles and the Gold Coast in Australia completed the top five in the table. However, none came near the figures for Dubai. Of the four, Tokyo property saw the most consolidated price rises, with a 10.6% increase in Q3 this year.

Many other top prime markets experienced more modest price rises, although within a steady upward trend. For example, in London, property went up by 2.7% in Q3, the fastest rate since Q1 2015, indicating a solid underlying trajectory. And in New York City, luxury real estate price increases remain well ahead of their 5-year average.

Several European capitals showed their status as destinations for “safe capital flight”. They included Zurich, Edinburgh, Berlin, Dublin and Madrid, all of which experienced prime real estate price hikes of between 5.6 and 10-7%. Knight Frank points out that the increases came “despite the drop in sentiment and the slowdown in the Eurozone’s economy”.

In store for Q4 and beyond

Despite the downturn, Knight Frank concludes that prime real estate prices in most markets have leverage for next year. The company bases its prediction on the back of “resilient labour markets, a lack of supply and well-capitalised lenders”, and believes this trio will support prices.

However, the report cautions that some markets could experience “pinch points”. These could arise because of higher lending rates and be prevalent among “highly-leveraged prime landlords”. As a result, some cities could see an increase in the supply of prime real estate. 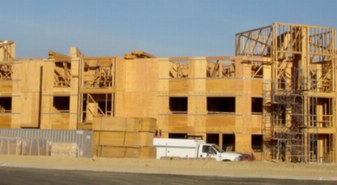