Earlier this year, Forbes named Brazilian real estate the best buy for dollar investors. The continual drop in the value of the Brazilian currency has made properties cheaper for foreign buyers. And as a result, some parts of the country are experiencing a boom in property investment.

Brazilian real estate cheaper than ever

The slide in the Brazilian Real has brought the currency’s value down by 21% since 2021. Dollar buyers are making the most of the devaluation and buying up properties throughout the country.

In March, Forbes referred to this year as “a window of opportunity” to buy Brazilian real estate and called Brazil “the super champ of currency discounts”. The downward trend in the Real makes 2021, said Forbes, the “best time in our lifetime” to buy.

The national association of real estate brokers, Abrainc, says that returns from investment in Brazil are currently over 12% a year. Specifically, investors can expect 15.3% annual return from buy-to-let properties with capital appreciation coming in at 12%.

Rio de Janeiro is one of the cities where foreign investors are busy taking maximum advantage of the devalued Real. According to Bloomberg, “buyers have pounced on dips and swings in the foreign exchange rate, purchasing vacation homes and investment properties” this year.

Sales in the city totalled over 13,000 between January and April this year. The figure represents a 55% increase on the same period in 2020. It’s also the highest for the first four months of the year since 2013.

As well as cheaper property, foreign investors are also drawn to obtaining Brazilian residency through the purchase of real estate. Spending at least R$1 million on a property opens the door to a resident permit in the country plus the possibility of citizenship.

New-build sales and launches up

The rest of Brazil mirrors the situation in Rio de Janeiro. Figures from Abrainc point to a big increase in new-build Brazilian real estate in Q1 this year.

Launches of new properties went up by 39% compared to the first three months of 2020. For their part, new-build sales rose by 21%.

While foreign investors are buying Brazilian real estate on the back of currency gains, residents are benefitting from low interest rates. As a result, the mortgage sector is booming too.

The Caixa announced record mortgage lending figures for the first five months of this year. According to the bank, Brazilians took out a total of R$52.4 billion with the Caixa between January and May. This translates to an increase of 41.4% on last year.

“We are looking at R$130 billion in mortgage credit for 2021,” said Pedro Guimaraes, President of the Caixa. “Last year, we recorded R$116 billion, which was a record in itself.”

For many analysts, the current situation points to a real estate boom. “The country is experiencing what could be considered a new boom in property,” said Ricardo Amorim, described by Forbes as the most influential economist in Brazil.

Prices, however, remain in check – according to the monthly FipeZap Index, they rose by 4.36% in the year to June.

A recent survey by Datastore found that over 28% of Brazilian families with an income of more than R$1,500 a month expressed the intention to buy a new home in the next 24 months. The figure represents the highest demand so far this century.

A separate survey by Quinto Andar looked at how Brazilians viewed their homes in the light of the pandemic. The report revealed that 73% saw it with new eyes and more than 16% wanted to move as a result.

Amorim also pointed to the shift in lifestyle trends as a major engine behind the real estate market. “People are seriously considering a better quality of life in smaller or coastal towns,” he said. A home office by the beach has become a must-have for many. 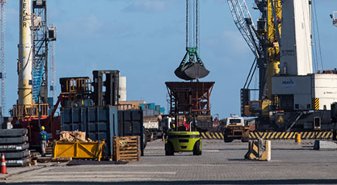