Excellent start to 2016 for tourism in Fortaleza

Tourism in Fortaleza has started the year with higher visitor figures and increased hotel and holiday let occupancy. The recent carnival period was exceptionally good with 5.1 per cent more tourists choosing holidays in Fortaleza. The statistics augur well for 2016 generally, a year when thanks to the Rio Olympic Games Brazil will see its international profile enhanced. This latest article by BRIC Group explains more.

According to official figures provided by Fortaleza tourism authorities, the carnival period from 5 to 11 February saw a 5.1 per cent increase on last year. Some 90,000 tourists visited the city this year compared to the 85,000 visitors in 2015. Revenue levels rose in tandem to reach R$121.1 million, a hike of 9.2 per cent on those experienced last year.

Increase for hotel stays and holiday lets in Fortaleza

Occupancy of hotels in Fortaleza also saw a healthy rise and stood at nearly 90 per cent during carnival week. Hotels in Ceará state followed the same pattern. Official statistics point to almost 95 per cent occupancy in Canoa Quebrada and around 93 per cent in Jericoacoara and Porto das Dunas. These three destinations are among the most popular for tourism in Ceará and home to some of the best beaches in Northeast Brazil.

Holidays lets in Fortaleza too experienced a good carnival season with an occupancy brushing 88 per cent. This sector is currently undergoing rapid expansion as more and more Brazilians opt for this type of holiday accommodation. Airbnb recently pinpointed the Meireles district in Fortaleza as one of the holiday let hotspots for 2016.

There’s a rapidly expanding market for cruises to Northeast Brazil and Fortaleza is emerging as one of the most popular ports of call. The city received four cruise ships in January and five more are expected during the rest of the first quarter, considerably more than the same period last year.

The last weekend in January was particularly busy with two cruise ships in port at the same time in Fortaleza. Some 1,400 passengers visited the city from various countries including the US and UK, Canada, Germany and Norway on the Silver Spirit and MS Balmoral cruise ships.

The celebration of the 2016 Olympic Games will undoubtedly boost tourism in Brazil, not just in the host city Rio de Janeiro but throughout the country. Brazil has been tipped by many travel publications as a ‘must-visit’ destination this year.

At the end of last year, the Financial Times asked travel industry insiders to highlight places to visit in 2016. And Brazil, along with Sri Lanka, Peru and Cuba featured as one of them. Marc Eschauzier from Miraviva said that the Rio Olympics will raise Brazil’s profile without making travel difficult.

“Away from Rio, there seems to be a growing focus on the north coast with highlights including Fortaleza,” he said in the ‘insider’s guide to the year ahead’. He also pointed out that the 30 per cent devaluation of the Brazilian currency over the last two years minimises the effect of price rises during the Olympics.

“At BRIC Group we agree that 2016 is going to be the year that tourism in Fortaleza takes off,” said Dies Poppeliers, BRIC Group Managing Director. “We believe that the focus will also begin to shift to other beach destinations in the state where tourism is undeveloped as more and more people start to discover the true beauty of the coastline in this area of Brazil.”

An investment company specialising in global real estate opportunities, BRIC Group is currently developing The Coral resort, in Northeast Brazil, a luxury beachfront resort. BRIC Group also offers US real estate investments including turnkey properties in Florida and Houston, and land plots in Florida. BRIC Group has been creating wealth for its clients since 1996 and has offices in Brazil, Dubai (consulting office), Hungary, Spain and the US. 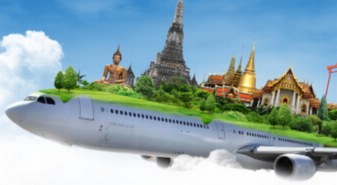 New travel trends on the table in 2022