Civil construction in Ceará back on track

Activity in civil construction in Ceará has increased over the last two months on the back of high demand in the state. Prices in the state capital continued to rise ahead of the national rate and expectations are high for the coming months. In addition, investment intent has experienced strong growth.

After two months of lower activity, civil construction in Ceará rose in September. Activity levels went up to 51.5 points, up 7.1 on August, on the back of high demand. The September figure indicates growth and optimism compared to August. For their part, analysts believe that the latest figures show the sector is back on track.

“During the pandemic, civil construction was at a standstill for 75 days,” said the President of the Ceará Civil Construction Union (Sinduscon-CE), “and has been gradually returning to its previous levels.” He notes the high demand in the market despite the increase in interest rates and construction costs.

Expectations for civil construction in Ceará

Other indices for the building industry also showed an uptick in activity and expectations in the sector. For example, in terms of the acquisition of construction materials, the index registered 58.8 points in Ceará for the forthcoming months. In terms of activity level, the state index reached 62.4 points. Both were higher than the national average.

When it comes to employment expectations, the index for Ceará also rose to 55.8 points, indicating further optimism in the sector. This figure stood slightly lower than the overall rating for Brazil (56 points).

The general uptick in activity in September and for the next few months together with higher acquisition levels mean more investment in construction in Ceará. As a result, the Investment Intent index rose by 4.6 points in the state to reach 46.8.

The figure is considerably ahead of September last year, when this index stood at 43.3 points. The latest increase also outperforms the national rise, which stood at 0.9 points in September.

Dias de Sousa highlighted the resulting benefits for the Ceará economy. “This increase in investment intent generates more interest in the state and leads to development,” he said.

Fortaleza prices rose by 0.42% compared to August, according to the latest FipeZap index for September. They went up by 6.33% in the year to date and by 8.85% in 12 months. The average price per square metre in the city stood at R$6,724. 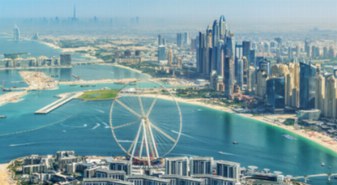