Pent-up demand after the pandemic and the aspiration to live in larger homes has led to a sharp rise in the Brazilian new-build market. Sales of new properties jumped 46.1% in the first half of this year compared to the same period in 2020. The fast-moving market and lack of supply mean that experts predict prices will start to rise in the near future.

According to the latest figures from the Brazilian Chamber of Construction Industry (CBIC), the Brazilian new-build market has experienced a very busy first half of the year. Between January and June, new apartment sales went up by 46.1% in annual terms.

Launches of new developments also rose sharply. In Q2, they went up by 51.3% compared to Q1 this year. However, sales continue to move ahead of launches in annual terms. Data from the Association of Property Company Directors in Bahia (ADEMI) reveals that launches went down by 320% in Q2 compared to the same period in 2020.

Supply shortages in some parts of Brazil

Sector analysts believe that the present trend will accentuate the shortage of new-build inventory in Brazil. “The figures show that with more sales than launches, off-plan supply went down by 18% in Q2,” said Claudio Cunha, President of ADEMI in Bahia.

The Association expressed its concern over the lack of supply as it may affect growth in the Brazilian new-build market as well as put pressure on prices. However, in other parts of Brazil, ADEMI is more optimistic.

Eduardo Fontes, President of the ADEMI in Espirito Santo, said that “we have a healthy market with strong sales in both the new build and resale sector”. He believes that the market is not heating up and that Brazilian real estate has a consolidated future beyond the pandemic.

In one of the biggest cities in the Brazilian new-build market, sales and launches also rose. In Sao Paulo, total sales in the year to July reached 65,500 units, a 38.8% increase.

For their part, launches skyrocketed. In the 12 months to July, 6,934 units entered the market in Sao Paulo. This translates to a rise of 165.3% in the year.

According to Celso Petrucci, Chief Economist at SECOVI-SP, “favourable lending conditions lie behind the strong figures”. He also pointed out that the Brazilian new-build market offers buyers the most sought-after properties, namely larger homes with private outside spaces or communal areas.

How long will it take for the US real estate to get back to normal? 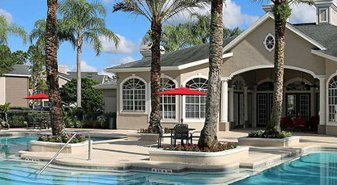