Boom for luxury hotels in Brazil

Spending among high-end travel consumers has increased since the pandemic, and as a result, companies within the luxury sector are responding to this higher demand. The hospitality industry has been particularly quick to provide the sought-after products and among them are luxury hotels in Brazil.

Between this year and the next two or three, major luxury hotel chains will be opening throughout Brazil. They include the international brands of Kempinski Hotels and Rosewood Hotels & Resorts, as well as the Brazilian Cacau Show and Fasano.

According to International Luxury Travel Market research, tourists at the higher end of the market now spend on holidays than before the pandemic. Around 63% of this clientele wishes to pay more for their vacation experiences.

In response to this need, luxury hotels in Brazil are currently experiencing a boom. In the last five months, the Brazilian hotel sector has welcomed three new five and six-star rated establishments to cater for AAA tourism.

The new projects have chosen strategic locations within Brazil for their hotels, including Jeriocoacoara in Ceará, Pipa in Rio Grande do Norte, Paraty in Rio de Janeiro, Canela in Rio Grande do Sul and Sao Paulo.

Rosewood Hotels & Resorts opened its first hotel in South America in Sao Paulo at the beginning of this year. Sao Paulo Rosewood SP has 151 rooms and daily rates over R$2,800. It forms part of the Cidade Matarazzo complex in the Avenida Paulista district.

The financial capital of Brasil has also just welcomed Bendito Cacao Resort & Spa, managed by Grupo Txai, who owns a luxury resort in Itacaré. The new hotel has 94 rooms and its daily room rates start at R$2,300.

The hotel Fasano Trancoso opened in the coastal city in Bahia state late last year and has already seen average occupancy rates of 75%. It has 40 bungalow suites with a daily rate from R$2,300. “Most guests are currently from Sao Paulo,” said Constantino Bittencourt, Managing Partner at Fasano, “but we expect foreign visitors to make up a third of our visitors”.

High-end establishments in the pipeline

Kempinski Hotels, another of the world’s leading luxury brands, is also set to arrive in Latin America for the first time. The company is currently renovating the old Hotel Laje de Pedra in Canela, a popular resort town in the Gaúcha mountain range in Rio Grande do Sul.

The hotel will include a rooftop pool and giant gym. Kempinski Hotels is investing around R$540 in refurbishment and expects to open its first Latin American hotel in 2024.

Construction has also started on the Radisson hotel at The Coral Resort on the beach in Ceará. Radisson The Coral Flecheiras will be the first Radisson-branded hotel in the area and provide luxury hotel suites on the 5-star resort.

Much of the current demand for luxury hotels in Brazil comes from Brazilian holidaymakers themselves. After over two years of restricted international travel, Brazilians have rediscovered their own country. According to Bittencourt, “this trend is here to stay”.

The Brazilian Association of Luxury Holidays (BLTA in Portuguese) supports this prediction. It recently reported that its members – all luxury hotels in Brazil – recently increased by over 20%, reflecting the substantial increase in high-end tourism. 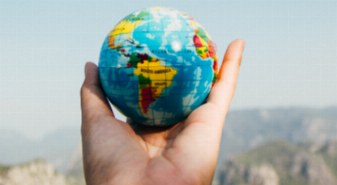